Reading an article regarding increasing parental involvement made me reflect on the value of setting up and running a successful parent’s support group, as early in the school year as possible.   As staff,  you will quickly become aware of those children who are engaging in  negative behaviours, and will begin trying to change that behaviour through rewards and sanctions, as well as talking

to their parents about your concerns and trying to get them on board.

Some children are new to school life and are struggling to adapt to the formal nature of the setting and cry each time they are left or have regular tantrums throughout their time with you.  Some parents themselves are finding it difficult to leave their little ones,  cry at handover time, and are difficult to get out of the classroom.    I can look back on memories of cajoling parents into leaving their children, then moving onto guiding them to the classroom door, then physically shutting the door, whilst they yell around the frame “remember mummy loves you….the teacher will call me if you need me……I might just wait in the office for half an hour to check that they settle”.  These parents can be their child’s very reason for not settling!

Other children are familiar with school and the routines and are flexing their muscles.  Still others,  may have regularly displayed episodes of choosing to engage in negative behaviour, whilst some may have  an undiagnosed condition such as ADHD or Aspergers or other aspects of the autistic spectrum.

How do you engage parents in discussing their child’s inappropriate behaviour? 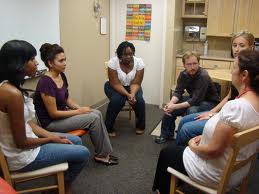 This is a tricky one, as often the parents you want to speak to are the very ones who ignore you!  More often than not, their own experiences of being at school are extremely negative and they want to avoid being in the building, meeting a teacher and discussing school work at all costs.  Their own academic skills may be poor and so they don’t want to show themselves up by displaying their lack of knowledge.  Add to this already long list of why these parents don’t want to engage with school, the fact that you are complaining about their child’s behaviour, and you can understand why they might blow up at your suggestion that they try that bit harder to help the school!

I have a background in SEN, especially focusing on social, emotional and behavioural difficulties (SEBD) and worked both in schools and as part of a local authority behaviour support team. We spent many hours looking at the best ways to work with parents, ranging from formal meetings at school and the accompanying paperwork tying them into trying things at home, which inevitably failed, to having a cup of tea with them in a place they felt comfortable and discussing how to move forward together.  This took time and steps were slow, as we were working on a 1:1 basis.  I found one of the best ways was forming a support group with parents.  I deliberately use the term with, rather than for parents, as they have to feel both parties are on the same side, in order for real changes to be made.

STEP 1 – Choose carefully the mix of parents who will be in the group.

Will you ‘invite’ parents to join the group, or will they choose to sign up with no suggestion from the school?

From my experience, you will find a number of parents willing to come to a parent’s support group, but will they be the right ones?  The ones who avoid coming to school, don’t return letters etc, will not put their names forward for this.

I’ve tended to ‘invite’ personally those who I want to attend and also mention it to those parents who appear anxious about their children or keen to help, but I have no real concerns over.  This mix ensures that I would not be talking at a group of parents, but that some would ask and answer questions as well. This reinforced the idea that we were actively seeking parental expertise to help change their children’s behaviour.  Also it doesn’t look like a “failing parents group”, as one mum suggested I was asking her to attend.

STEP 2 – Think carefully about the time of day, length and purpose of t 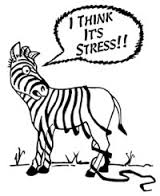 These things can make or break a successful parent’s support group.  Parents will always come up with a reason to not attend boring school stuff, that they think has no relevance to them, and also where they will be told that they aren’t parenting their kids right.

The groups I’ve been involved with, trialled times and dates, and found that generally running the session straight after drop off or before pick up were the best times.  We also choose a day towards the end of the week, as often behaviour was getting worse at home as well as at school, and parents were more receptive to behaviour management ideas that they might try out of pure desperation!

The first session was only 30 minutes long, as we wanted it to be as painless as possible, and parents to feel pleasantly surprised when it appeared to be over quickly.  The next session was 45 minutes and then the others were 60 minutes long.  We tended to run them for half a term, and so recruitment began the half term before, in order to get maximum numbers attending the sessions.

A creche facility was offered for siblings, which initially  was in the same room as our parent’s support group.  This was for two reasons, firstly, to alleviate parental anxiety over what the younger ones were up to and who was looking after them.  We needed to build up trust.  Secondly, it was free childcare and gave them a break!  Thirdly, it meant if parents found the format to imposing, they could pretend to play/oversee their children, whilst still be in the room listening and hopefully contributing.  Fourthly, parents couldn’t cancel, because they had no one to look after their child.

We ensured we offered refreshments for both parents and the toddlers, including cakes for the parents rather than biscuits, as they  thought this was a treat.

Lastly, we arranged for their school based children to be brought to the meeting room, as then our support group sessions didn’t have t 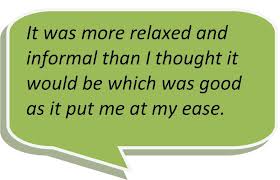 o be cut short, with parents slowly drifting out.  This strategy also allowed parents to talk to one another after the more formal input and us to have ‘light touch’ 1:1’s with certain parents.

My role  with schools was devising the programme for the parent support group project and then acting as the facilitator for each session with a member of school staff.  Choose carefully who that person will be.  The parents have to know this person and have some form of respect or positive opinion about them to start with, as well as feel they are quite high up the school pecking order.  The choices have often been the SENCO or Deputy Head.  These people have been released from some of their duties to allow them to focus on these children, including meeting parents informally throughout the week and checking on the progress of the children in the classroom/playground. 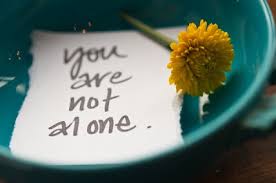 This is key if you want to work more intimately with parents.  This can be an uphill battle, due to the feelings parents may have about their own school experiences.  How do school staff begin to break down those barriers and build relationships with parents?  The success of your parent’s support group will depend on this.

In our first session,  we stuck to the 30 minute time slot and  asked parents for their experiences of school.  We ensured we had quotes from other parents that we could use, to demonstrate we  understood and had listened to and more importantly ‘heard’ how some parents may feel negatively about their school experiences.

Once we started, the parents offered their stories and we had a great deal of laughter and also some shocked gasps.  There was emotion in the room, but not highly charged, so it was easy to handle, if you were a skilled teacher or facilitator.  For parents to share these emotions, they must have that key member of staff who they know and reasonably like, as obviously I was new to them.

We kept the session light hearted and asked them for tips on how they managed their children’s behaviour at home. We validated each idea, as far as we could, and then translated it into what we could and couldn’t do at school, both through choice and legally!

We kept it as a discussion forum, then offered 1:1 sessions afterwards if parents wanted to discuss their individual child. Inevitably, it’s the nervous parents who come to see you, rather than the ones you needed to.  However, it meant there were always willing voices to share what strategies they had tried out during the next week.  This allowed us to become facilitators for only part of the session, rather than throughout, and the group began to talk to each other outside of the sessions and share ideas. 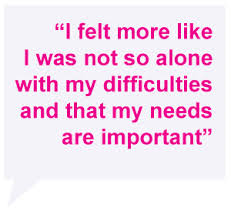 Each session we focused on a key behaviour issue, rather than a child and asked parents to comment if their child displayed that behaviour, which they inevitably did, and we could then add what we were seeing in school and strategies we used.  We  would explain how we wanted the parents to support us with changing the behaviour. Gradually parents moved from saying their child wasn’t a problem at home, to admitting they were, and often the behaviours were more extreme.  This led to some pro-active joint problem solving between home and the school.