Professional Development People | Do you NEED your workforce to #safeguard children?
783
post-template-default,single,single-post,postid-783,single-format-standard,ajax_fade,page_not_loaded,,qode-theme-ver-7.8,wpb-js-composer js-comp-ver-4.8.1,vc_responsive

Do you NEED your workforce to #safeguard children?

24 Nov Do you NEED your workforce to #safeguard children?

Do you NEED your workforce to #safeguard children?

Do you NEED your work force to #safeguard children, to not only to do the bare minimum? To understand that their actions can and do make a difference to the lives of others?

This challenge was put to us a while ago. We were asked to partner a large organisation with a statutory duty to safeguard and promote the welfare of children and a workforce that felt #safeguarding was a distraction from their daily duties.

But the “challenge” could easily have been similar with vulnerable adults, older customers or even customers from different ethnic backgrounds.

The challenge is about hearts and minds, about designing and delivering a course that inspires, motivates and changes behaviour. It is what we do here at PDP and we love it. Check  this out. Can we help your orgaisation move its culture forward? 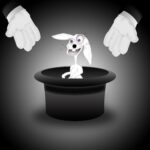 ts and minds you need to be inspirational, you need to quickly resonate with the audience and convince them that they can and MUST make a difference. In a previous blog on #safeguarding, workers moral and legal responsibilities were touched on. Here those responsibilities have to be  firmly addressed.

This is where our close consultations with you and your business come to the fore; we will utilise case studies or examples and put them into a national context. Then explore the real issues that face children in the UK in 2014, what that means, and the effect that your workforce can have on improving the lot of children. The impact of this session sets the tone for the rest of the training, firmly placing the responsibility where it should be, with adults that can make a difference. Your work force.

A public sector employee told me this story in 2009.

On official business a team of workers were asked to attend a basement property in London. The accommodation was described as being a cellar, a 1 room flat. In the room was a small galley kitchen, a shower curtain and loo and two beds. The double bed was where the two adults slept, the smaller bed for the three children living there. Now this at the very least describes a poverty issue, but possibly worse.

The workers had a hostile reception, but had to undertake some checks. During the investigation one worker noticed that the carpet has some strange shiny bits on it. On closer inspection there was evidence of rat excrement on the floor, there was a rat run in the room! Additionally there were soiled nappy’s and signs that one of the children hadn’t made it to the lavatory. I said to the employee how awful that must have been, he responded that they see this stuff “all of the time”.  I tried to empathise with him by saying how terrible it must be to work in rat infestation, rat excrement and human waste, to little avail. I asked him what they did.

They completed the work and left the property. I thought he was joking. I asked about the children. He told me that he worked for a particular arm of the public sector NOT Marks and Spencers. I can’t tell you the depth of horror I felt at this, but they needed to be moved forward. So I explained the following with the personal consequences that in-action could cause.

QUESTION: What should you say to this employee to try and demonstrate to him, and everyone else around that his response is inappropriate?  He has clearly missed the point, and needs to know that in 2014 he has a duty to report what he has seen. Even though its not his core job role, his duty to #safeguard children is still duty.

And this stuff gets business’ a bad name, employees the sack and tragically more children become statistics because someone that should have done better didn’t!

Don’t allow your teams to be unconsciously incompetent.  Let us help you to design and deliver meaningful programmes that have an impact and make a difference to your business, colleagues job security and #Safeguarding #Children. Lets get the right things right.