The difference between attitude and behaviour

The difference between attitude and behaviour

Understanding the difference between attitude and behaviour is complex

Understanding the difference between attitude and behaviour can be confusing, especially if you have just met the person, and only have their behaviour to go on.  I had a really difficult situation some time ago at work. Delivering a course for a FTSE 100 company a delegate asked me if he could leave on day 1 at 3:00pm. The organisation are really hot on finish times, they don’t like courses finishing early, so I was in a difficult position. To try and gain some thinking time, always a good idea!, I asked him why he needed to leave at 3:00pm. He replied that he was a dog breeder, that his bitch was at a fertile time and he needed to be home by 5:30 because the owner of the dog was bringing the dog over to mate.

My attitude as a response to his behaviour

I am stood in front of 14 delegates at the start of the event whilst this conversation is happening, I have to remain professional, in control, so that the course doesn’t descend into anarchy. I couldn’t believe that this guy wanted to leave to watch his dog have sex, I thought that he was uncommitted to the course, that he had a poor attitude to his work, I thought he was pushing his luck. Being allergic to cats and dogs I couldn’t find any justification for his request, his values are significantly different from mine, his values are totally alien to me.

Everyone else was watching this discussion with wry interest. If I let him go they would all have reasons to go at 3:00pm. I was angry, frustrated, embarrassed and this can lead me to becoming sarcastic, a place where no-one ever wins. Should I tell him that he needs to get a focus on his job, that his side-lines are not part of his work, that this attitude stinks? I really wanted to but…….his reaction to this is likely to be aggressive, if I challenge his attitude I am challenging his personality and that is a difficult thing for us to deal with.

Conversely, I have a 6 year old daughter who is in year 1 at school. If he had said “I have a parents evening to attend at 5:30 and need to leave at 3:00 pm” my internal reaction would be totally different.

Where do attitudes come from?

There are three broad places that determine our Values.

The 0-7 year experiences and influences. Your folks, school, friends, culture, environment, religious beliefs, experiences, family, the media, when you went through the 0-7 (the era, 1970s were different to the 1990s) and many more. These have all happened to you, they can’t be undone or influenced. You might go back and make sense of stuff as an adult, but you can’t change what’s happened here. It is highly likely that this period in time will set the tone of your Values. For example; whichever brand of religion was present at that time of your life, it is highly likely that if you still have belief it will be that belief. If you were brought up as a Roman Catholic you are still likely to be one.

We all have some destination, some goal, and follow a pathway towards it. These things are the occurrences that make us re-evaluate that destination. They include: Hatchings, matchings and dispatchings (births, Marriages and deaths) Divorces, Exam successes and failures, promotions, redundancies, lotto wins, accidents, illness’, overcoming illness. These things are partly in our control, we have some influence. (not the death bit hopefully!)

This is about our daily choices, and we are in control of these.

They include; who you chose to live with, where you live, where you work, how many hours you work, how much sleep you get, the diet you have, your use of drugs (or not), the friends you keep, the amount of exercise you get….

All three of these areas mix together and from them appear our Values, which inform our beliefs and feelings and ultimately our attitudes.

How easy is it to see someone’s attitude? 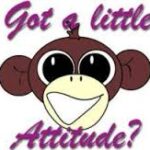 Just being human means we strive to understand what is motivating others, why they do things. The delegate on the course has significantly different values to me. The challenge is what to do about it. If I make assumptions about his values I will also start to try and fathom out why he has these values, where they come from, what is motivating him. This is human behaviour, but utterly pointless. How can I possibly work out this stuff? I am just guessing and am going to be wrong every time…..His values are different to mine; it makes him wrong, it makes me right, I get indignant, I become sarcastic or aggressive, we end up with conflict.

The only way to deal with the situation is to use your brain. Dislocate your emotions from the situation focus only on the BEHAVIOUR disregard, ignore your feelings about “why” he is doing it, just look at what he is doing (his behaviour).

In this scenario he is

Knowing these facts enables me to take a course of action that is appropriate and fair, removing MY emotional baggage, getting the best for him, me and the other delegates.

The next article will focus on how to do it, what happened to the dog breeder and a model that you can quickly learn to use.